Love.  It’s a four letter word that appears quite a bit in our daily vocabulary, and frankly, in close to every other post on this blog.  Love plays a pretty large part in our lives. Yet what is love?  The world seems to have been asking that question a lot longer than Haddaway penned the words in 1993.

Real sex, real chastity, and frankly, real love involves real work. It’s not easy. But one of my favorite saints, St. Catherine of Sienna, once said “Nothing great is ever achieved without much enduring.” 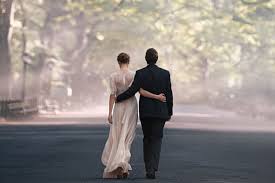 Let’s start off by what love isn’t, especially in the light of the Supreme Court decision this past week.

We’re called to love people and use things, but very often in today’s world we see others doing the opposite, and sometimes are guilty of it ourselves.  Steve Gershom, a Catholic who struggles with same sex-attraction, wrote this on the subject on his blog.

“Is it hard to be gay and Catholic? Yes, because like everybody, I sometimes want things that are not good for me. The Church doesn’t let me have those things, not because she’s mean, but because she’s a good mother. If my son or daughter wanted to eat sand I’d tell them: that’s not what eating is for; it won’t nourish you; it will hurt you. Maybe my daughter has some kind of condition that makes her like sand better than food, but I still wouldn’t let her eat it. Actually, if she was young or stubborn enough, I might not be able to reason with her — I might just have to make a rule against eating sand. Even if she thought I was mean.So the Church doesn’t oppose gay marriage because it’s wrong; she opposes it because it’s impossible, just as impossible as living on sand. The Church believes, and I believe, in a universe that means something, and in a God who made the universe — made men and women, designed sex and marriage from the ground up. In that universe, gay marriage doesn’t make sense. It doesn’t fit with the rest of the picture, and we’re not about to throw out the rest of the picture.”

Love isn’t a trend or a passing emotion

We toss around the word ‘love’ quite a bit in our daily vocabulary.  I love T-Swift’s 1989 album.  I love chocolate ice cream.  I love German Shepherds.  But this is love-as-a-passion, which can be pretty darn emotional most times.  It passes.  Next year at this time, T-Swift may not be my favorite.  I may get an inkling for Rocky Road ice cream.  And a chocolate lab may steal my heart.

But a virtuous and giving love doesn’t pass.  It bears all things, believes all things, and hopes all things.  And a good romance has a mix of both.  But it isn’t solely one or the other.  Love as an emotion or as a feeling can’t be used to define love.  Then you will constantly be in search for the next place to find your warm-‘n-fuzzy fix.  Love is a decision, that sometimes has to be made on a day-by-day (heck, sometimes on a minute-by-minute) process.

This is perhaps the hardest to swallow, especially because it is the lie that is most promulgated by society today.  “If you really love me…” implies not how much one person is reflecting the light of Christ in the relationship, but if they are ready to take their relationship to the next level.  We live in a world where love = sex and there is no difference.  Adam Levine sings “Your sugar, yes please, won’t you come and lay it down on me?”  Sam Hunt wants to just take our time and Taylor Swift says that boys “only want love if it’s torture.”  Um…what?  That’s not love.  That’s an idolization of sex and an application of it towards the concept of feeling wanted.

“All Christ’s faithful are called to lead a chaste life in keeping with their particular states of life. At the moment of his Baptism, the Christian is pledged to lead his effective life in chastity.”  (CCC 2348).  Our very Baptism urges us on in this quest against the cycle of use, and the reducing of the beauty of authentic, Christ-inspired love, simply down to the singular issue of physical sexuality.

So what is love?

Mother Teresa one said, “Love to be real, it must cost – it must hurt – it must empty us of self.” True love looks like a God coming down to earth, pouring himself into a human form and loving us despite knowing that He would hang on the cross because of the weight of our sin.  True love is stripped naked, hands splayed out on wooden beams, awaiting the piercing agony of nails being driven into his wrists.  True love?  True love is sacrifice.

Love is willing the good of the other as other and wanting to see them in Heaven and spend eternity praising God together.  And being that selfless goes against every fiber of our being.  Instead of wanting what is good for us and what makes us feel or look good, we have to put ourselves third, with first place going to God and second place going to others.

Yes, dear hashtag…it does.  But not in the way you think…or the way that today’s culture says it does.  No, #Lovewins because of this reason: “Love never fails.  Where there are prophecies, they will cease; where there are tongues, they will be stilled.  There this knowledge, it will pass….and now these three remain: faith, hope, and love.  But the greatest of these is love.” (1 Corinthians 13:8, 13).

Love wins because love doesn’t end.  True love is what Heaven is going to be – true love is the very essence of a God who has no beginning and will have no end.  True love is beautiful and amazing and something that every human being is called to take part in through Christ.