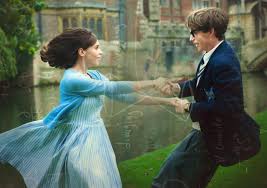 Stephen Hawking made it clear what he wanted to accomplish with his life.  “My goal is simple. It is a complete understanding of the universe, why it is as it is and why it exists at all.”

Thus is born his theory of everything, a desire to understand why things are exactly why they are.

Why the earth is even here.

However, Hawking lives a life in which you count yourself so great that the explanation for the beauty of a magnanimous universe cannot be something you can’t understand.  To think so highly of yourself that if you cannot understand the theory of existence, it must simply not be a valid theory.
That is the sheer beauty of Christianity.  To exist instead in a worldview that Hebrews 11:1 proclaims: “Faith is confidence, assurance, concerning what we hope for and conviction about things we do not see.”
Things we do not see. Things we don’t understand.

It is a challenge to live in a world corrupted by sin and suffering and point to God.  To experience loss and trust God simultaneously.  To realize that God’s blessings can come through the unexpected and painful occurrences in our lives.

At age 21, Stephen Hawking was diagnosed with a motor neuron disease.  He was given two years to live.  He has lived an additional 52 years with the disease.

His life contains a large amount of physical suffering and frustration.

In the second letter to the Corinthians, Paul wrote about the concept of suffering.

“In all things we suffer tribulation: but are not distressed.  We are straitened, but are not destitute.  We suffer persecution, but are not forsaken.  We are cast down, but we perish not.  Always bearing about in our body the mortification of Jesus, that the life of Jesus may be manifest in our bodies.  For we who live are always delivered unto death for Jesus’ sake: that the life of Jesus may be made manifest in our mortal flesh.  So then death works in us: but life in you.”

Christ’s crucifixion exists outside of the human time construction.  Because of this, we can join in the suffering with Christ on the cross and unite our hardships with Him.

Saint Rose of Lima lived in the early 1600s in Peru.  Although she only lived to the age of 24, her life contained the beauty of practiced redemptive suffering.  When she was sick as a young woman, she would pray, “Lord, increase my sufferings, and with them increase Your love in my heart.”

She knew the power of the cross, and also wrote, “Apart from the cross, there is no other ladder by which we may get to Heaven.”

That is a bold statement.  That means the cross isn’t optional.  Suffering isn’t just if you feel like it.  They are the means by which we draw closer to Our Lord and unite our will to His divine plan.

But without God….suffering doesn’t make sense.  In fact, neither does life.

Jane, Hawking’s former wife, wrote of the conflicts that arose from the rejection of even discussing his illness.  With suffering just being a by product of nature, selected to be imposed on random victims, what was the point in discussion?  Jane wrote the Stephen “insisted on a facade of normality, he never talked about illness…It was the illness that had become a barrier of anguish between us.”

Without the crucifixion and the picture of redemptive love and suffering, pain has no meaning.  Without God, there is no hope for something greater, for a redemption from the effects of sin in the world and the misuse of the gift of free will.

Hawking wrote, ““I believe the simplest explanation is, there is no God. No one created the universe and no one directs our fate. This leads me to a profound realization that there probably is no heaven and no afterlife either. We have this one life to appreciate the grand design of the universe and for that, I am extremely grateful.” ”
But instead of simply appreciating the beauty of this earth, the belief in a loving and intelligent creator unlocks the beauty of the foreshadowed.  Of knowing that as beautiful as this earth is, it is nothing in comparison to the life after death.

Even things as beautiful as love and the creation of life are, they are only a shadow the life and love showered down by a Father who is unconditional love.

Yet with no end in mind, the day to day life of this world becomes mundane…pointless.  Suffering becomes a bother instead of an opening of the door to suffer with the Lord.

In a rejection of Christ for the convenience of a self theorized science, once can quickly become one’s own god.

The Theory of Everything has missed out very important things.  For without God, without the hope, faith and desire for authentic love that is instilled in our restless hearts, there is nothing.

Christ is everything.  And that’s not a a theory.