“I just turned 27 and my friends challenged me to go on 27 dates this year…all with different people.”

“My first challenge to my daughter and her boyfriend was to take a break (taking a break is not the same as breaking up) from seeing each other and date at least ten other people.  I told them they were lucky because Henry and John made me date twenty different women!” – Stephen Arterburn, M. ED., author of Is This the One? Simple Dates for Finding the Love of Your Life.

There seems to be a rising trend in both the secular and more religious areas of dating society to cram as many dates as possible with as many different people as possible into a short period of time.

Why? To get to know who you really want to marry.
There are many things I can say about this up and coming idea.  Yet to spare you the multiple conversations and choice words, a simply summary would be : I’m more than a number.
Stephen Arterburn founded New Life Ministries, which specializes in faith-based counseling and treatment.  His more common writings include Every Man’s Battle, Every Young Woman’s Battle and subsequent books in each series.
Yet his advice given in the above mentioned newest book misses the mark.  The basis of the multiple dating concept is that marriage is a risky ordeal.  Statistics are in his favor – according to the American Psychological Association, approximately 40-50 percent of married couples in the United States will be divorced.  If this is your subsequent marriage, your chances of a divorce are even higher.

How do you avoid being a statistic?  How do you know for sure that the guy/girl you are wanting to marry is the one?  Can you even be sure? 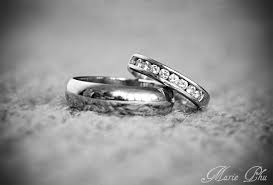 Arterburn is correct in his assessment that marriage is a huge investment.  In fact, the Catechism of the Catholic Church defines marriage by saying, “The matrimonial covenant, by which a man and a woman establish between themselves a partnership of the whole of life, is by its nature ordered toward the good of the spouses and the procreation and education of of offspring: this covenant between baptized persons has been raised by Christ to the dignity of a sacrament.”
Let’s unpack that definition, since there is quite a bit of the Church’s ingenuity in one sentence.  First, the use of the word “covenant.”  This isn’t just a “contract” – an agreement concerning things for the purpose of a mutual agreement.  If I contract my work out to you, and you hate my work ethic, you can fire me.  You are only held to the contract as long as I do what I promise what I told you I’d do.
No – the sacrament of marriage is a covenant.  Both parties of the covenant are promising to hold up their end of the deal regardless of whether the other person does or not.  If I don’t like how you slurp your cereal in the morning, I can’t back out just because this sacrament is difficult.
There is incredibly gravity in the two words “I do.” It is forever – the whole of life.
So yes, there needs to be a sense of commitment and the knowledge of a cooperation with God’s will.  But taking a break from your relationship so you can go date ten other people to make sure your boyfriend is the one?  I’m sorry, no.  Trial relationships?  There is no better recipe for disaster.  Saint Josemaria Escriva had this to say on the subject:
“Love is a much surer, more real, more human reality.  It cannot be treated as a commercial product that is tested and then accepted or rejected on the basis of whim, comfort and interest.”
Six of the reasons below are Arterburn’s arguments for on why so-called “Take-A-Break Dates” should be practiced.  Each one objectifies and reduces members of the opposite sex into a product for one to test drive before a sense of commitment can be reached.
Arterburn’s Reason One: “If this is to be the only person you’ve ever dated and you want to avoid the regret of never having been on a date with someone else.”

Call me old fashioned, but I thought that when you made the life commitment to someone in a marriage covenant, your life focus should be on how to get that other person, yourself, and your family to Heaven.  Not to reminisce on what it would have been like if you had went out to the movies with John Smith from your college class.  I can think of no worse way to show disrespect to the person you are with in a relationship.  Instead of focusing on the willing of their good as a child of God, you’re going to “test the waters” with other people?  No.

Arterburn’s Reason Two: “If you have been dating each other so long, the break would make sure you’re not just so used to each other that you’re mindlessly moving towards marriage.”

In no way should the move towards marriage be mindless.  However, if your dating with a purpose, the purpose for which you are dating should be to find a spouse.  I may only be just hitting my early twenties, but I don’t have to time to go out with guys I couldn’t see myself marrying.  What about after you’ve made the commitment to marriage and you get used to each other?  Can you wander around and “test out” other relationships then?  I’m sure Arterburn would answer with a resounding no.  So why should you allow practice for that now?
Arterburn’s Reason Three: If you have some doubts that need to be cleared up before you can move forward.

If you have doubts about your relationship, there are plenty of things you can do.  Ask a trusted married couple for advice.  Look into counselling with your parish priest.  Sit down and hash out what’s on your mind.  Talk to each other.  Take a break from the relationship and do some serious discernment.  But to take a break from each other and go see other people to clear up confusion?  That would only create more confusion.  Is there more than one person on this earth that you can be compatible with and raise a family with?  Yes.  Do you need to go out with each of them to make sure you’re picking the right one? No.
Arterburn’s Reason Four: If you met someone that just might be more right for you, this is a safe, non-confrontational way to take a break and take the date without deception.
This is probably the worst thing to do to your relationship.  How does this conversation go?  “Honey, I’m not sure if you’re the right one for me.  I want to make sure we’re a good couple, but I’m going to go out with other people to get a better sampling of the buffet.  Oh, and it turns out that I like so-and-so better than you, so I guess that’s it!  We’re not meant to be together.”
Grow up.  If the relationship isn’t giving glory to God and drawing you both closer to Him, then call it out and stop.  Don’t date around under the facade of assuring your relationship status.  That’s not called ingenuity, it’s called selfishness and immaturity.
Arterburn’s Reason Five: If you feel so confident in your future partner you can take the challenge to prove it is as strong as you believe.
What would our reaction be if a young man said, “I feel so confident in my ability to trust God with my chastity that I’m going to meander around on porn sites to test it out and prove that it’s as strong as I believe.”
No.
“I’m so confident in my computer’s ability to perform well as a piece of technology that I’m going to submerge it in water, drop it from heights and stomp on it just to prove that it is as strong as I think it is.”
No.

So if that doesn’t work with other areas of purity and even physical non-animate objects, why in the world would you put a relationship through that?

Arterburn’s Reason Number Six: If you are going to be geographically distant and you want the freedom to at least get coffee or go to a movie with someone else during the separation.  Remember, it is not breaking up; it is simply taking a break.
What happened to good old fashioned commitment?  When being in a relationship meant being in a relationship?

“Well, you’re going to go on an extended business trip, so I figured I’d ask a couple girls out while you were gone so I can have some freedom.” 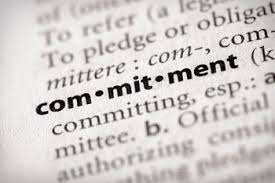 Break up with him now, honey, he’s bad news.
How can we expect marital fidelity when “taking a break” is encouraged when you’re dating?
Both genders need to have more respect for themselves than this “take-a-break” dating allows.
Girls need to realize that they are not a number.  If a guy asks you out just so you can be number five of his ten dates necessary to find out if his girlfriend is authentic, back away slowly.  No, run away quickly.  If you think you need to go on twenty-seven dates just because you are twenty-seven, you’ve missed the point.  If anything,  as a young woman striving for holiness,  you should be so lost in God that a guy has to get closer to God to get closer to you.
Guys need to take the initiative to man up in this situation.  Consciously evaluate your relationship and see if it is glorifying God and making you both better versions of yourself.  No?  Then it’s time to move on.  Not take a break, move on.
Want to ask a girl out?  Then do so only if you can see yourself marrying her.
Can you find a long-term God filled relationship with the right person?  Yes.  But it is never found by test driving and objectifying other people.
God bless,
Chloe M.