Saying “No” to Noah

Lately there have been quite a bit of big-hit movies that have Christian themes.  October Baby (my favorite), Son of God, The Bible mini-series, the upcoming Moses film and, of course, this weekend’s biggest hit, “Noah.”

Yet unlike the above mentioned films, “Noah”does not strive to uphold Christian principles or promote the classic Bible story.  Instead, the falsities construed in the film are a slap in the face to Christians attending the film.
How is this so?  Let me count the ways:
The beginning line of the film is
“In the beginning there was nothing.” 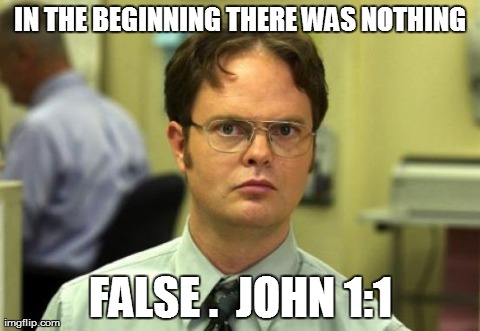 It seems to be that the directors of the film also thought
that the greatest sin of all mankind was destroying the earth.  Instead of focusing on what we really know what was going on that was bad enough for God to want to start
the world from scratch again, they focus heavily on an blatant environmentalist principles.

Spoiler Alert: In this way, the film doesn’t have to mention God.  Ever.

The movie also goes to extremes to create an impression that Noah just hates people.  Period.
There are a couple of instances that prove this point.
When his son’s girlfriend is kidnapped by thugs, Noah
leaves her in their hands to die.
At the most shockingly false part of the film, Noah also is seen plotting to kill his unborn grandchild if it turns out to be a girl.

So instead of the film being about how God is recreating the earth with the betterment of His children in mind, we are left with a film that describes Noah, a man anxious to just be done with the human race.  Even his own family.

Kevin Ham, the President of Answers in Genisus, who recently
debated Bill Nye the Science Guy on creation, had this to say
about the film:

This film earns a zero in my grade book.  What are your thoughts on the subject of Biblical films, or so called “Biblical” films?  I’d love to know!  Comment below!