What are You Living For?


What if I told you that your life was halfway over?

I’m guessing you’re 15 or 16, maybe 17 years old. What if I told you that your life expectancy was to live until you were 32 years old? I know what you’re thinking – “dude, most people live past 32. You’re being way over-dramatic.”

I felt the same way for a long time. Then one day, the reality of how short life really is hit me when I was least expecting it. My wife was in the emergency room after having been sick for over a week. After a long while and a few tests, the Doctor asked to speak with me. Basically he said, “it’s cancer, it’s all over, and we’re really late.”

In an instant the long life we expected for her was no longer a given.

Angela lived 17 months after that diagnosis and her last 17 months were something miraculous. She didn’t crawl up in her bed and cry and complain. She lived those last months of her life with passion, with purpose, and with intention to be the best wife and mother she could be and ultimately the intention to trust that God would make good of this horrible situation (Romans 8:28).

So what if I told you that you too would only live until 32?
I mean, it’s a morbid thought, but maybe it’s something you and I should be thinking about? Having been a youth minister for many years, including several years with Angela by my side, I’ve thought many times about what Angela would say to you teenagers today.

So here is Angela’s letter to you (actual quotes from Angela underlined):

I also remember being invited to youth group and Bible

study. Faith had always been a part of my family – we went to Mass regularly, but it was going to those Bible studies where I truly came to understand God and his desire for me. I remember the first time I realized that God designed me to ultimately be in heaven. I never wanted anything more than to be with God, to be in union with him, to have complete joy.

I remember coming to understand why the Mass was so important. I remember that this feeling of desiring
heaven kept me from allowing those feelings of wanting to die go any further, because I knew that God loved me more than I could ever imagine and even though it didn’t feel that way when I was sad and depressed, I just knew I had to trust in His love. 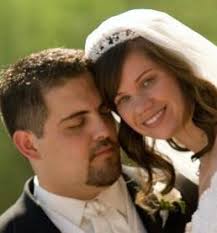 All of that stress I had put on so many other things for so long – success, appearance, money, career, being perfect – those things really don’t matter in the end. Yes, I think you should always strive to be the best
version of yourself in all areas of your life. But what really matters are those things that will bring you closer to God and ultimately the only thing that matters is your relationship with God Himself.
What would I tell you today? What would I tell 17 year old me?
I’d tell you the same thing I want my kids to know. The one thing that matters in this life, the only thing that matters is that you know Jesus, that you love Him, that you desire to be in union with Him and that you seek that above all else.

Now is the time to make Jesus the center of your life.
Don’t wait until you are older. Look at me… I died at 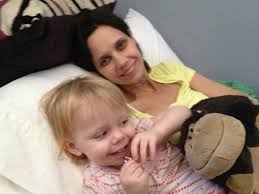 Take the time now to deepen your prayer life, because you just never know what’s going to happen, and to know the love of Jesus before encountering something like this is something I am so grateful for, and I wish everyone could experience.
With love from heaven,
Angela Faddis