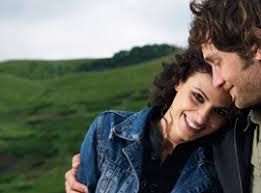 NFP versus Contraception
You can use both to not have a child….why is one wrong and the other isn’t?


Mr. and Mrs. Johnson have four children.  Everything is going just as planned until Mr. Johnson looses his job.  He knows that at the present he cannot support another child.  So he and his wife continue to be together, but they use contraception to prevent a pregnancy.

Mr. and Mrs. Smith have four children, too.  Their life is going wonderfully until one of their daughters gets sick.  The expenses for medical bills are through the roof, and Mr. Smith is having trouble keeping his family of six afloat.  He knows he cannot afford the hospital bills and extras that come with another baby.  He and his wife use natural family planning (NFP) and are only together during times where they could not conceive a child. 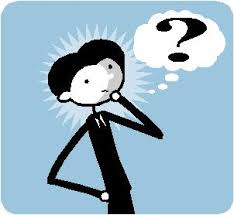 The nature of the marital union has two meanings: the sharing of love between the spouses and the giving of life.  When a couple is together, they have to accept both the love and the giving.  This is not to say that every time the couple is together, they must have a child.  It is though that the couple must never shut off the opportunity that life may happen.  Here lies the first major difference.  While artificial birth control (ABC) cuts off life, NFP follows the natural times of a woman’s cycle, times that were designed by God Himself, to have a family according to His will.

NFP values a woman, and does not objectify her.  When a couple is together and uses ABC, they reduce each other to objects for sexual pleasure.  They do not have the responsibility of a possible child to worry about, so they are able to “freely” be together whenever.  Yet when you are married to someone who does not even want to give his/her whole self to you, doesn’t that make you feel used?  Or when they see your fertility as a curse, doesn’t that make you feel degraded?  NFP sees that the sexual embrace is a beautiful gift from God, and a gift that should be accepted in it’s entire beauty.

NFP strengthens marriage.  When the couple does not want to conceive a child, they abstain from the sexual union.  This does not pull them apart, but rather makes their bond stronger.   It allows them to show each other love in non-physical ways and allows them to see that they appreciate and love each other not only for their bodies, but for who they are as a child of God.  ABC tears apart marriages because it allows the couple to think that self-control isn’t necessary, sacrifices are worthless, and the main reason the spouse is loved is because they are the other half to the sexual embrace.

NFP can be used for multiple reasons.  While ABC only exists to stop or abort a pregnancy, NFP can be used to achieve pregnancy during a time when the couple feels God calling them to conceive.

Let us not forget the first word of natural family planning : NATURAL.  The pill changes the woman’s body with hormones and chemicals.  NFP does not change a woman – it celebrates how the woman’s fertility works.

NFP also celebrates life.  Birth control not only prevents life by altering a woman’s reaction to the sexual union, but also can destroy the life that is conceived before the woman even realizes she is pregnant.  It denies the couple parenthood for the sake of the convenience of being always “available” to each other.  Does this seem like a good trade off?

NFP is different because it still allows marriage to be free, total, faithful and fruitful.  Birth control does none of these.

Let me know what you think in the comment section below!