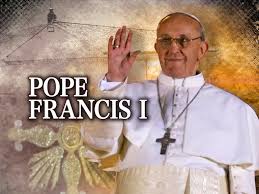 We are now in the reign of a Pope of many firsts.  Pope Francis is the first Jesuit to become Pope.  He is also the first Francis.  He is the first Pope from the Southern Hemisphere and the first non-European Pope since 741.


So, we’re in a Pope of firsts, so this will be the first Pope to say “Yes” to contraception, homosexual unions and abortion, right?  Wrong.

Pope Francis is known for standing up against homosexual marriage, calling abortion a death sentence for the unborn,  and opposing all distribution of free contraception in Argentina.

He has stood against adoption of children by same gender parents and has stood up for helping the poor in our midst.  All in all, we are incredibly blessed by a man who is going to lead the Church.

Please remember him in your prayers daily – as you can imagine, the vocation is a grave responsibility.