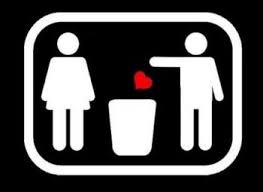 It Hurts My Heart

No, I’m not going through a breakup.  (What, that’s what you thought, wasn’t it?).  I logged online today and was informed that Justin and Selena broke up.  Last week.  Yes, I told you that I’m behind.  My first thought was, “Criminy, you guys are only sixteen years old, really?”  Then I was informed that Justin Bieber was eighteen and Selena Gomez is twenty.  I’m more behind than I thought.

But, seriously now, I am going to bring this around to something deep….or deep-ish.  I’m looking at people I know and they are going through breakups and it hurts my heart to watch them go through that pain.  And more than not, those people who I’m watching are having their hearts stomped on are my age….or younger.   You could chock this up that I am overly compassionate, which is true, but I don’t think kids our age were intended to have our heart ripped out, repaired, ripped out, repaired, and then ripped out again eight times by age eighteen.

Now I know that I’m “weird.”  I go to Catholic conferences and my peers look at me like I’m crazy when I tell them that I’m seventeen and a half and I have never been kissed and haven’t ever gone on a date with a guy besides my dad.  You would think I had two heads.  Yet isn’t this what we are called to?  Christ has some pretty crazy teachings in the world’s eyes, yet He is completely sane and on top of sanity, He’s completely God.  What seems weird and freakish in the world’s eyes is completely normal and good in God’s eyes.

I have also observed that the girls who are on their fourth boyfriend in four years have low self worth.  This isn’t always easy to see, girls are pretty good at putting on an appearance of normalcy when inside we’re dying.  These girls put up with guys lying to her parents, throwing her under the bus, abusing her verbally, and just not treating her like she deserves to be treated.  Why?  Because she doesn’t feel worth anything unless she has a guy telling her she is beautiful and his whole world.  Darling, as a sister in Christ, don’t settle for this.  You have a man who is pining for your attention, who loves you more than the world and who died for love of you.  And He’s sitting in the tabernacle waiting for you to come to Him.  Christ loves you so much and He doesn’t want to see you in such pain.

But we have to look at what we as girls are showing guys.  Are we constantly flirting with them?  Because this doesn’t entice a guy.  For a little while, yes.  But when a guy realizes that he doesn’t have to do anything to get your attention, your attention isn’t special anymore.  Wouldn’t it be more awesome to be pursued by a guy instead of pursing?  Wouldn’t it be liberating and beautiful to know that a guy is thinking about how to get your attention than vice versa?  How can we experience this phenomena?

Become a woman worth pursuing.

Let’s not settle for breaking up and making up!  Let’s work on falling in love with Christ mainly and then waiting on His divine plan with our love life.
God bless you all!