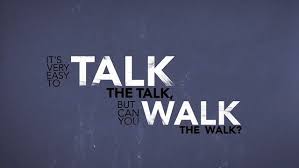 Lately, we’ve been talking a lot about a reigniting of dynamic Catholicism.  I’ve been saying that with the amazing numbers of Catholics in the United States, issues like pro-death politicians, the HHS Mandate, the constant talk of “free” contraception and general anti-Catholic bias in the media wouldn’t even be issues.  So why are they?

In the words of Matthew Kelly, “We are part of a Church where ‘business as usual’ is OK.  It’s time to step up and say that it’s not.”  Where are the Catholics on fire for their faith?  Where are the sermons from the pulpit on Sunday mornings that Contraception, Cohabitation, Sterilization, and Homosexual active practices are intrinsically evil?  Aside from the few brave priests who aren’t afraid of the effects that it will have on their parish numbers and finances, we are left with quiet homilies on subjects that although true, are small in comparison to the issues that the parish is going through.

Where are the John Vianneys?  Where are the Padre Pios?  Where are those who are not afraid to tell their parishioners, as their shepherd, that they need to go to confession and here is the opportunity?  As parishioners, we need to raise the subject, but parish priests are the men who have given their entire lives to God and His people.  It’s time to “Feed my lambs!”

“Hard to swallow” homilies are what we need.  Catholics in America in general need a swift kick to the pants to wake us up about the issues that are tearing our belief apart!  It’s time to put the beautiful and rich tradition and teachings into tangible action and let the world know  that Catholics aren’t just another easy target.