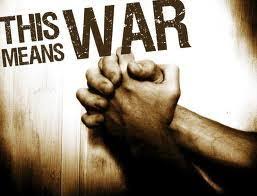 Fighting the battle inside

It is very easy to hate sins that you don’t struggle with.  Forinstance, I stand against abortion because I know it is an act of murder that kills an innocent life and scars the life of a mother.
The fact that I find abortion an intrinsic evil and can stand up for the unborn child is great.  But the real battle is inside.

It’s like the old joke:  A woman walks into a convenience store and there was a man hanging from the light fixture on the ceiling.  The woman turns to the clerk and asks why there is a man hanging from the light bulb socket.  The clerk says, “Oh don’t worry about him.  He is just a local crazy man who thinks he is a light bulb.  The woman replied, “Don’t you think that you should help him down safely before he falls and hurts  himself?”  The clerk nod and says,”I guess I should, but then I’ll have to work in the dark.”

It is hard to see personal sins in light of the sins of others, and even the sins of a nation.   But we cannot win a battle against the enemy when we won’t acknowledge our own sins.

Will it be hard?  Yes!  Self-examination and perfection in the Lord is always a challenge.  But a man who is able to see his own sins and go through the process of forgiveness is a diamond in the rough.  Like the saying goes, “In a kingdom of the blind, a man with only one eye is the king.” 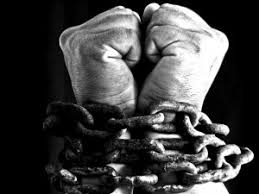 What can we do to sin the sin in our own lives?  Look within using an examination of conscience and then go to confession.