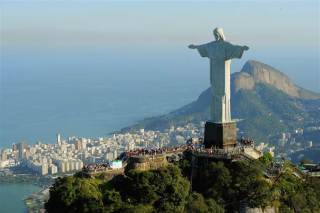 I went to Mass this weekend and was listening to the Homily.   I found it incredibly interesting and I have to share it with you.
This weekend (26th Sunday in Ordinary Time) the readings were about those who believe but don’t belong.

The first reading discussed Moses and the camp elders.  Moses had the gifts of the Holy Spirit, and God was going to bestow those same gifts on the 72 camp elders.  So a tent was put up away from the camp and the elders gathered in it and the Holy Spirit was bestowed to them.  Except only 70 guys showed up.  For some reason, Eldad and Medad were still in the camp when the Spirit came upon the elders.  Amazingly, Eldad and Medad still received the Holy Spirit, despite the fact that they were not present with them all.  So the people come running to Moses and go on and on about how Eldad and Medad still got the Spirit – and they are prophesying! – but they weren’t in the tent with everyone else!  They believe, but they don’t belong.  God says: “Oh that all my people would be prophets.”

The Gospel reading was about the apostle who runs up and tells Jesus: “Guess what we did today?  There was this man who was driving out demons in your name and we tried to stop him! But he wouldn’t stop!”  And Jesus was like: “No big deal.  He’s honoring me by driving out demons in my name.”  And if I was the apostle, my reaction would be: “WHAT?!? Are you kidding me?  Here I am, called by you, so I leave my life as a fishermen, become a fisher of men, am ridiculed daily by the scribes and pharisees who think I’m a loser, and will be put to death because of my belief in your teachings.  And this random guy who can drive out demons in your name, your OK with that?  He doesn’t even have to go through 10% of what I go through!  He believes, but he doesn’t belong!”

Application
So then I start thinking: Wait a second.  Not only Catholics get into Heaven.  So if, say, a Protestant gets into Heaven – what’s the point?  As a Catholic, I follow the Pope, follow ALL of Christ’s teachings, believe in the true presence of the Eucharist, go to Church on Sundays and Holy Days of Obligation, have to turn the other cheek while the media and the modern world constantly criticizes and makes fun of my beliefs, all for the goal of getting to Heaven.  And other people don’t have to follow that and they still get in? That’s unfair!

So, I continued thinking.  Because, obviously, Christ founded the Catholic Church for a reason.  It’s like a pair of jeans.  (Hey, I am a girl and clothing analogies tend to work.)  Let’s say someone gives everyone a pair of free jeans.  You can pick between a quality pair of amazing designer jeans that fit you perfectly, or you can get a knockoff, off brand that only imitates some of the qualities of the designer jeans.  Which would you pick?

As a girl, I can tell you that you would be crazy not to pick the pair of designer jeans.  Why?  Because they are the best ones!  They have everything going for them (plus, they’re free, come on.)  Now let’s bring this back to religion.  Christ offers the Catholic Church as the best option.  It is the fulfillment of the Old Testament and it is founded by Christ Himself.  Why wouldn’t you choose that?  But sometimes, well, a lot of times, people don’t choose the designer jeans.  Because they fool themselves into thinking that the knock-offs are better than them.  They make them look better and they are cheaper and don’t take as much work to upkeep.

Why choose the knock off when you can have the real thing?
Not Mine to Give
Then I looked back on my “That’s not fair” rant.  Who am I?  Who am I to look at God and tell Him who should belong and who shouldn’t?  Who should get in and who can’t?  Nobody.  I am but a sigh in the wind in comparison to God’s eternal presence.

Why wouldn’t God want to see all of His children gathered in Heaven?  He is the ultimate dad, and it is a father’s wish to see all of his kids around the supper table together.  And who am I to say He can’t do that?  Ultimately, me saying that would be saying that I, a 17 year old high school senior, have indefinably more wisdom that 2,000 years of Roman Catholic Church teaching and indefinably more wisdom that God.  Yeah…not likely.

He loves all of His children – and I shouldn’t be the one who says He can’t.

Thoughts?  Comments?  Suggestions?  Let me know in the comment box below!  (It makes my day when a comment shows up on the blog!)

God Bless you all,