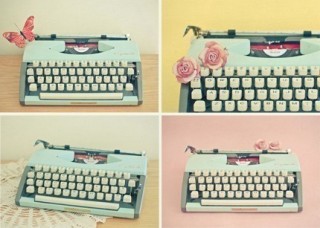 On the Record Thursdays:
Interview with James

James is a teenager who is going into the RCIA program this year! Raised a Baptist, he began to research into Catholicism and found it to be the Church that had to most biblical support.
He enjoys long distance runnig, reading, researching, and video games.


Mountaintop: Hello and welcome to On the Record Thursdays with Mountaintop.  I heard that you are entering into the RCIA program this year! That’s wonderful, welcome to Catholicism! Can you tell us a little about your background? I understand you were raised a Baptist.

James: Thanks, I’m grateful that God has led me to the Catholic Church. I was raised Baptist, but I didn’t begin attending a church until I was eight. Although, before that I frequently talked about God with my dad and I remember him guiding me as I accepted Jesus as lord and saviour. As soon as my family began attending church I loved it. My former church was filled with wonderful teachers who taught me alot about the Bible and brought me closer to God. I went to this church for eight years, and during the last three I volunteered as a Sunday School teacher.
Mountaintop:  What first drew you towards the Catholic faith?

James:  I was online and I accidently found out about the deuterocanonical books, which aren’t in Protestant Bibles. As I looked into why they were removed I stumbled accross an article defending Apostalic Tradition. This caused me to do more research into the differences between the two groups and I as I did so I began to slowy move towards Catholicism.

Mountaintop:  Has your faith life changed during your process of converting to Catholicism? You had mentioned you have been attending Mass for a year or so.

James:  Since converting to Catholicism my prayer life has improved. In the past I’d pray only when I wanted something. Now there are prayers like the Rosary that are primarily medatitive and prayers that focus on God instead of me. Pre-written prayers have been a large help. I’ve found a lot comfort in the Saints which is something, prior to Catholicsims, I had no exposure to. In addition, I’ve had a greater desire to go to Mass than I ever had to attend a service at my previous church. There is so much peace at Mass and I find that my ability to focus on God is increased. I attribute this to the Eucharist

Mountaintop:  You also have been attending youth group! How has that experience been for you?
James: Youth group has been a lot of fun! It’s nice to have an oppurtunity to meet some of the teenagers at my Parish. I attend it regularly, but due to school I do end up missing some weeks.

Mountaintop:  What is your favorite part of the Mass, or your favorite aspect of Catholicism?James:  That’s a hard question, there is so much I love about Catholicism. For the Mass it would probably be the Gloria. I’m not sure why, but it was one of the first things that really stuck out to me. My favorite aspect of Catholicism I want to say is the Rosary; it’s hard to learn, but It’s great for reflection and i’ve found that it provides a strong sence of peace.

Mountaintop:  What would your advice be to someone who is looking into the process of attending RCIA classes and converting to Catholicism?

James:  I’d say ask God for guidance and depending on where the person is at in their journey, I’d suggest praying the Rosary. If the person is towards the beggining of considering Catholicism they should do alot of research; so when they enter RCIA they already have a good amount of knowledge. Also watching “The Jounrey Home,” on EWTN would be a good idea; when considering Catholicism, I’ve found that listening to converts is very helpful.

Mountaintop:  Any last thoughts or comments we weren’t able to cover?

James:  I just want to say that converting to Catholicism is the best decision I’ll ever make. The first stages of the process are difficult, but walking into Mass for the first time is more than worth it. That along with everything I’ve discovered since then makes me extremely greatful that I was led in this direction.